We’re delighted to announce that we’ve just won the gold award at the British Property Awards for the South West (Cornwall).

We work really hard to make sure that everything we do is in your best interests, and this most recent award reflects all the hard work the team have put in over the past 12 months…so to say we’re happy is an understatement!

This is taken from the British Property Awards website, and it just shows how rigorous the process is!

The British consumer has never had a wider choice of estate agents, not to mention the relatively recent addition of the online agent and so it can often prove a monumental task when deciding which estate or letting agent to work with. Many consumers invite three or more agents out to their property and make their judgement based on the valuation price, the agents fee or whether they bond with one of the agents. This is however a relatively flawed method of judging an agency in most situations.

For example, some agents have been known to overvalue property to attract a vendor onto their books, whilst the fee charged can often reflect the service level you receive. The agencies who provide the best service usually have higher costs such as additional staff levels to ensure their clients get the right levels of service, thus the lowest fee agent may struggle to provide the service levels that you may need. Lastly, judging an agency on which agent you bond with can be flawed as the person who comes to value your property is normally one part of a much larger team and they may not be the person who deals with your property on a daily basis moving forward.

The British Property Awards was established to help consumers trying to make an informed decision on which Estate Agent or Letting Agent to consider working with.

The industry as a whole can sometimes be portrayed in a negative light, however, we know from having hundreds of thousands of mystery shopping enquiries conducted over the last six years, that there are many truly outstanding agents, going above and beyond for their clients. Our award aims to highlight these agents within their local marketplace.

The judging process begins with an initial round of mystery shopping, where every agent meeting a basic set of criteria, that hasn’t asked to be excluded, is judged. The results of this initial round are analysed alongside a number of data sets. These data sets cover many areas, such as the percentage of properties listed resulting in either Sold STC or let agreed, how long properties were listed for before they were sold, let or removed, the percentage of properties listed that fell through during the process proceeding the agreement (for Residential Sales). The data sets are considered as part of a more in-depth picture of the performance of an agent. The judging team are however aware that the data sets have to be carefully and thoughtfully interpreted, for example, an agent that operates towards the higher end of the market may achieve sales more slowly than that of an agent not working within this space. For this reason, no decisions to remove an agent from consideration are made purely on these data sets.

In addition to the mystery shopping and the data sets, the online presence of each agent is observed, this includes how a property is presented, such as the quality of photographs, the property description, social promotion, the agent’s website and more

After this information has been fully considered, the judging team creates a shortlist of three agents. If there is a need for additional judging before this is clear, there will be additional judging instructed at this stage. After this point, the final round of judging commences, which involves a more in-depth mystery shop, after which, once a clear winner has been established, said agent is awarded.

We believe our process to be one of the most comprehensive and reflective within the industry and are proud to highlight outstanding agents to consumers throughout the UK.

If you need a letting agent that works hard for you, we’re here to help in any way that we can – just contact the team and they’ll be happy to help. 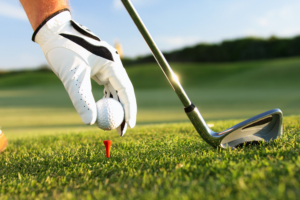 Our contribution to Ukraine

We all know what has happening in Ukraine over the past few months, and we felt that as a locally focused business in Saltash, that 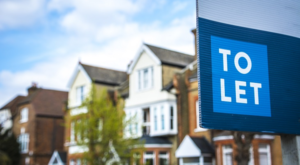 A Guide to Letting Your Property

Several factors need to be kept in check when you are letting a property. Letting a home involves a lot of preparation and requirements that

Please enter your username or email address. You will receive a link to create a new password via email.

We use cookies on our website to give you the most relevant experience by remembering your preferences and repeat visits. By clicking “Accept All”, you consent to the use of ALL the cookies. However, you may visit "Cookie Settings" to provide a controlled consent.
Cookie SettingsAccept All
Manage consent

This website uses cookies to improve your experience while you navigate through the website. Out of these, the cookies that are categorized as necessary are stored on your browser as they are essential for the working of basic functionalities of the website. We also use third-party cookies that help us analyze and understand how you use this website. These cookies will be stored in your browser only with your consent. You also have the option to opt-out of these cookies. But opting out of some of these cookies may affect your browsing experience.
Necessary Always Enabled
Necessary cookies are absolutely essential for the website to function properly. These cookies ensure basic functionalities and security features of the website, anonymously.
Functional
Functional cookies help to perform certain functionalities like sharing the content of the website on social media platforms, collect feedbacks, and other third-party features.
Performance
Performance cookies are used to understand and analyze the key performance indexes of the website which helps in delivering a better user experience for the visitors.
Analytics
Analytical cookies are used to understand how visitors interact with the website. These cookies help provide information on metrics the number of visitors, bounce rate, traffic source, etc.
Advertisement
Advertisement cookies are used to provide visitors with relevant ads and marketing campaigns. These cookies track visitors across websites and collect information to provide customized ads.
Others
Other uncategorized cookies are those that are being analyzed and have not been classified into a category as yet.
SAVE & ACCEPT

Fill in our form and a member of the Wainwright team will get in touch to arrange a time that suits you.

Fill in our form and a member of the Wainwright team will get in touch to arrange a time that suits you.